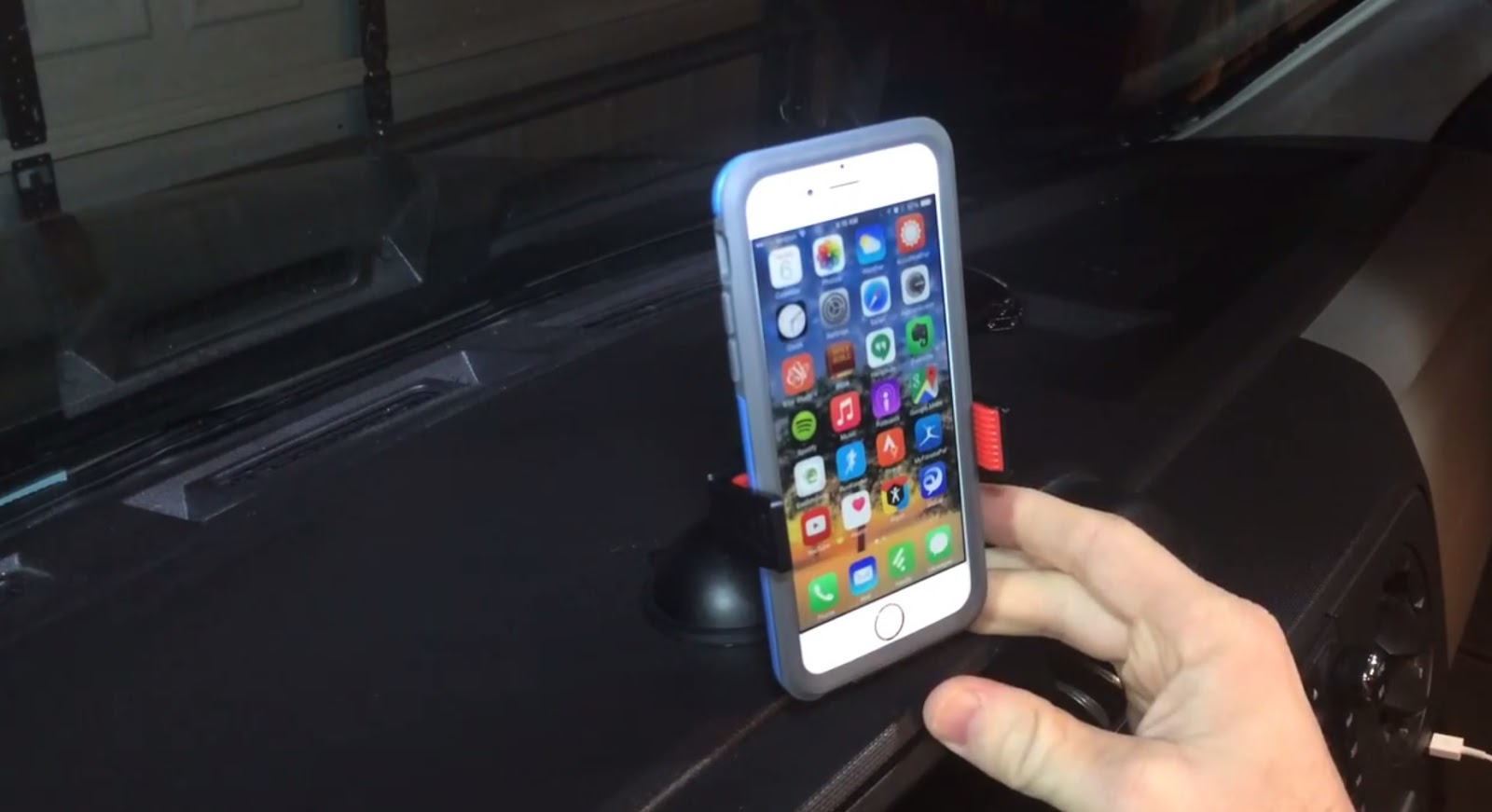 Suction cup phone mounts have always intrigued me. I really like the idea of having my phone easily viewable at all times while in the car. The problem was the online reviews. Half of the people say it's the best thing ever and the other half say it's terrible and don't waste your time and money. Who do you believe?

This is the U grip plus by Aduro. It recently went on sale at Amazon for the amazing price of $9.99 with free shipping. Even if the negative reviews are right, this was worth the risk.


The mount comes with a flat disc with 3M adhesive. This is used if you need to mount the suction cup to a non-optimal surface.  I haven't had to use this yet and in a moment you'll see why.

The mount consists of three parts. An adjustable grip for holding your phone, the mounting base, and a collar for adjusting tension. To assemble the mount you remove the collar and snap the grip onto the base. Make sure you put the adjustable collar on first so you can tighten it to the grip. I find that I get the best results by keeping this as loose as possible. The suction cup is activated by pressing down on the lever on the base.

The arms for the grip are spring loaded and also covered with a soft rubber lining. It's plenty strong for holding phones of all sizes. From a durability standpoint though this is the first place I would expect the product to break. Hopefully Aduro has thought this as well and made the tabs that the springs attach to internally extra strong.

Pulling off the backing from the suction cup reveals what makes this mount so great. The material is very sticky but doesn't transfer any of that stickiness to the surface its attached to. It's so sticky in fact that it can sometimes be difficult to remove. They've included a tab on one side of the suction cup to assist with breaking the seal and removing the mount. Without using the added lever it still sticks great to smooth surfaces. To get extra strength suction you simply press the mount down to the surface with the lever up and then press down on the lever to lock it in place. This pulls the suction cup up into the base and creates a greater suction. This creates a very solid mount. To remove you reverse the process. Pull up on the lever and then use the tab to break the suction. You'll be surprised at how difficult it can be to remove from some surfaces. This is a good thing though.

The main dash I use this on has a slight texture.  I've used this mount in a few different cars and texture hasn't been an issue so far.

One handed use is a necessity when it comes to phone mounts. To place your phone in the mount you press it against one side to open the springs and then slide your phone in. To remove you can press your thumb against one side of the grip and the phone easily pops out. Being able to rotate from portrait to landscape is a necessity as well. This is why you don't want the adjustable collar too tight. At first I thought tightening the collar would prevent vibrations but it doesn't appear to make a difference.   In fact the grip attaches tightly enough to the base that the collar really isn't necessary. One handed use with this mount really is a breeze. The back of my Otterbox Symmetry case has curved edges which do make this a little easier. But the Symmetry case on my wife's 5S isn't rounded and one handed use is just as easy. I chose to mount the phone on my dash instead of my windshield because I found it to be less obtrusive there. If you're like me you'll move it around to many places in your vehicle until you find the spot that works best for you.

Now let's talk use cases. Of course navigation is a big one, but it's also very beneficial to have your phone on your dash for having quick and easy access to music controls. Or if you're parked and want to turn it landscape to watch a video. Also since the camera is facing out your windshield you can use Instagram's Hyperlapse app to capture neat video as well.

One of the constant complaints with suction cup mounts is that they fail in colder climates. I tested this on an early morning when the temperature was in the upper 20's to lower 30's. Instead of causing the suction cup to get rigid and fail, the colder weather seems to actually make it more sticky and can actually make it quite difficult to remove.  This mount sticks extremely well. And it's not just because it was applied in warmer weather. It still stuck well to my sub freezing windshield and again back to the cold dash.

In fact, it sticks so well I decided to do a little extreme test and stuck it to the side of my truck GoPro style. For full disclosure I did zip tie my phone to the grip. After all, this was a brand new iPhone 6 and I wasn't about to have it go tumbling down the road because it vibrated out of the spring loaded grip. I did trust the suction cup enough though for it to hold to the side of my truck. There was a lot of vibration. The point here isn't to replace your GoPro, but rather to demonstrate just how strong this suction cup mount really is. And while we're on the topic of vibration that is my one complaint with this mount. It's not an issue in my Toyota Highlander, but in vehicles with stiffer suspension there is naturally more shaking and that's transferred right to the mount. It's not terrible, but it's certainly noticeable. Keep that in mind if you're putting this in a truck. For most any car it won't be an issue.

Early on while trying to decide where to position the mount in my car I moved it around a lot. Consequently it picked up a lot of dust on the suction cup and lost its stickiness. It would lose suction and fall in my car during use. To fix this you simply run the suction cup under tap water and gently rub off the dust and debri. Shake off the excess water and be sure to let the mount air dry as using any cloth or towel will just put lint right back on the mount. After it dries, the stickiness is returned and it's almost good as new.

I'm really glad I gave this mount a try despite some negative reviews. It sticks really well and I find myself continually finding other uses for it. For example I stuck it to the back of our car to get a group photo and to the wall to capture a time lapse. And some of the video captured above and in my other videos was actually captured with my phone mounted in a second one of these. I've owned this mount for a few months now and highly recommend it. Leave any questions in the comments.